Head lice are a common problem shared by children and adults alike. While the pesky critters are typically the size of a sesame seed, one small sighting is enough to cause panic as it can quickly spread like wildfire and turn into a prickling problem.

Many parents assume that over-the-counter treatments and home remedies are enough to stop the invasion, which unfortunately is not the case. By getting acquainted with the basic glossary of lice terms, you can have a better knowledge of what you’re up against, and what you need to do to get rid of the problem for good.

A louse is a singular term for lice.

Lice have three stages to their life cycle, and the term “nit” refers to the first stage. A nit is a louse that is still in its egg form.

Lice “nymphs” refer to head lice in the second stage of their life cycle. The nymph stage typically lasts between seven to ten days, wherein the nymph molts three times to reach its final, adult form.

Although you may not have heard this term yet, it is one you should learn so you can avoid it. Lindane is a chemical compound you have to avoid at all costs. It’s a white, crystalline powder primarily made up of harmful agricultural pesticides, but it was also used as a topical treatment for scabies and pediculosis.

Keep in mind that this particular powder is found in lice medicines like Quell®, which is banned in 52 countries due to its detrimental side effects that lead to developmental disabilities, hormonal problems, and even seizures.

Pyrethrum is a chemical you will encounter more frequently in your search for lice treatment, and one that should be avoided as well. Often derived from the dried flower heads of the aromatic Chrysanthemum, it’s often found as the active ingredient in OTC lice shampoos such as Rid®. Over time it has become completely ineffective, as lice have developed a resistance to it (super lice). Even worse, it can cause harmful reactions in adults and children.7.

At last! The term to not only memorize, but jot down on a sticky note immediately! The AirAllé is the FDA-cleared medical device used exclusively by Fresh Heads for our signature treatment. The AirAllé was developed by Dr. Dale Clayton, a professor of Biology at the University of Utah, as the culmination of years of his research to safely eradicate lice using dehydration. The AirAllé blows warm air and safely eliminates 99% of lice in a single 60-minute visit to one of our lice removal clinics.

Head lice often vary in color, though they are usually soft-bodied insects that take on a pale, gray look. They consider your scalp a feast capable of feeding a growing infestation, so treating a case of lice in its early stages is crucial to contain the symptoms.

The guide above should clue you in on different terms used to describe lice in its multiple stages, along with treatments you should use or avoid for safe head lice removal.

If you’re looking for professional lice treatment in Savannah, Jacksonville, and Orlando, get in touch with us at Fresh Heads Lice Removal to see how we can help. With our AirAllé device, we can effectively eliminate lice, and you can have peace of mind knowing we use a non-toxic approach that is safe for you and your child. 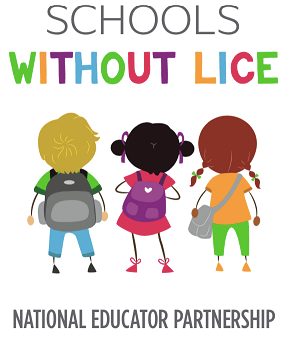 At Fresh Heads Lice Removal, our mission is to eradicate lice from schools across the country. To accomplish that mission, we’ve partnered with the Lice Clinics of America to create a program called Schools Without Lice. Through this program, we can provide teachers and nurses with free head lice screenings, resources, and treatments. Together, we can have schools without lice!

All About the Hidden Costs of Having Head Lice

A Guide to Lice Treatment Aftercare